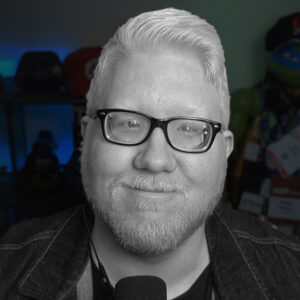 teve Saylor is an accessibility advocate, consultant, content creator and Twitch Partner. He has consulted with studios such as Ubisoft, EA and most recently Naughty Dog on “The Last Of Us Part 2.” His YouTube series started in 2015, “BLIND GAMER” has educated viewers in how Steve is able to play games as a visually impaired gamer. As well as educating viewers on the importance and knowledge of accessibility in video games. He’s been featured on many mainstream and gaming outlets including CNN, BBC, NPR, USA Today, IGN and Gamespot. You can watch him live on Twitch http://twitch.tv/BlindGamerSteve, find him online @stevesaylor on Twitter, and his YouTube channel http://youtube.com/snowball.