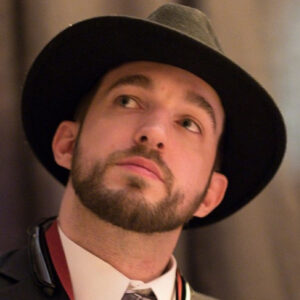 An alumni of Virginia Tech, Phil is a Senior QA Analyst at Epic Games on the Unreal Engine team. Over his 11 years of experience in the industry, he’s worked on titles as QA such as Fallout: New Vegas, The Elder Scrolls V: Skyrim, Dishonored, and Fallout 4. A self-taught hobbyist programmer and PC enthusiast, Phil’s favorite past-time is tinkering with technology, both hardware and code. Among the personal projects he’s built are: Several Discord bots and a simple MUD prototype in Python, a tabletop RPG character sheet app in C#, and a prototype of chess in Unreal Engine 4 using C++. He lives with his two cats, Eli and Wrex, who are rarely far from him when he’s at home and never fail to remind him when they can see the bottom of their food bowls.

How Being Disabled Prepared Me For A Career In QA