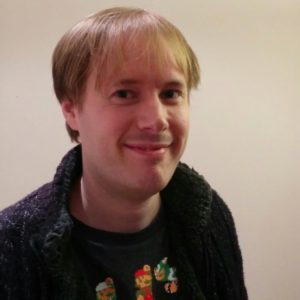 Johnny Wallbank has been working as a games designer for almost ten years, having previously worked at Codemasters and Pixel Toys. He became an independent developer in 2018.

Having participated in and helped organise a series of Easter gaming marathons with friends to raise money for SpecialEffect, he became inspired by the charity’s work.

His games focus on accessibility as a core feature to ensure that as many people as possible can play them. Also: cats.

Accessibility As A Design Pillar