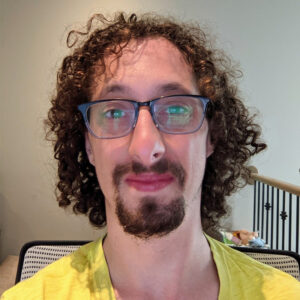 Jamie Roboz is an enthusiasm enthusiast working in both games and IT. Jamie cut his teeth in indie development with Canadian studio, Phantom Compass, working in a number of roles on a variety of titles including Rollers of the Realm. Most recently, Jamie worked on Falling Squirrel’s audio based game, The Vale: Shadow of the Crown. On top of design and bizdev, Jamie had the privilege of working with blind and low-vision communities at the CNIB and audiogames.net to help drive the accessibility and representation involved in The Vale.

In his spare time, Jamie can be seen collecting Autobots and Decepticons, tinkering with servers, or spoiling his menagerie of pets.